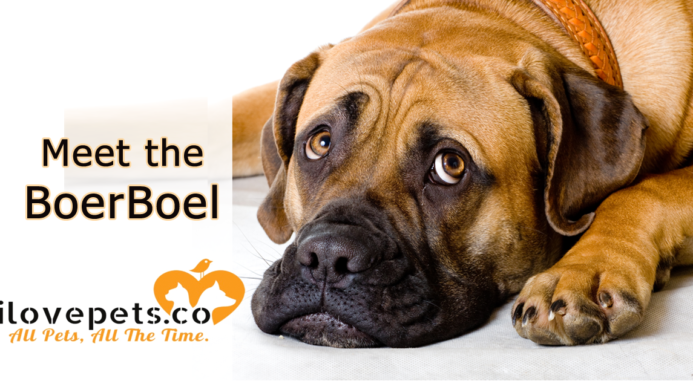 Have you ever met a Boerboel?

These big, stunning dogs have been a loyal guardian to South African farmers for over 400 years, and in the past decade, they’ve won hearts all over the world with their warm, intelligent eyes and gentle prowess.

What IS A Boerboel?

Though the Boerboel became an AKC-recognized breed in 2015, they have been around for at least 400 years.

As Europeans settled in Africa in the 1650s, they brought with them a variety of working dogs – foxhounds, greyhounds, mastiffs, pointers, bulldogs and terriers, all of which may have interbred with native African pariah dogs to contribute to the Boerboel breed.

You may have noticed that the Boerboel, especially those with black mask markings, can be easily mistaken for a Bullmastiff. Though they share many of the same ancestors, the modern Boerboel has a longer nose and fewer facial folds than the Bullmastiff you’ll see in the show ring.

In South Africa, the powerful Boerboel was commonly used to guard livestock. It was known for its ability to fight off lions and baboons. The name directly translates to “farmer’s dog,” and even show Boerboels are fearless, powerful and protective.

It wasn’t until the 90s that American dog enthusiasts learned about the breed and started to build a gene pool of purebred Boerboels that would no longer be interbred with mastiffs and other breeds.

Since it is still so close to its original heritage, the Boerboel has a functional structure; they do not have the squashed nose of a Bullmastiff that dog show judges prefer or the oversized body that prevents show Mastiffs from performing as they once did.

The Boerboel may not have any lions to fight off your property, but they’re well-suited to many modern dog sports and activities, like weight-pulling, lure coursing and obedience training. 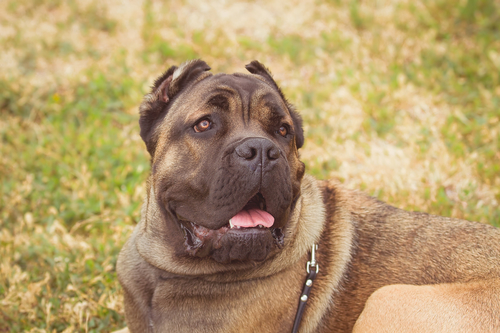 The Boerboel is 24 to 27 inches (22 to 25 inches for females) at the shoulder and should weigh between 140-200 pounds. Their coat is short and may come in fawn, brown, red or brindle, with or without a black mask around the eyes and muzzle. Their eyes should be dark brown. If you’re breeding Boerboels for the purpose of improving the breed and for showing, you’ll want to become familiar with the full AKC Boerboel breed standard.

A Boerboel should be bred for a stable, confident temperament. As puppies, they’re easygoing and compliant but will need continuous training to ensure good manners as they reach the adolescent stage and beyond.

Like most giant breeds, the Boerboel has a relatively short lifespan, reaching just 10-12 years of age. They are prone to genetic disorders like hip and elbow dysplasia, heart disease, and ectropion (outward dropping) and entropion (inward curling) eyelids that may need to be corrected with surgery. Selective breeding and screening can decrease the chances of your puppy having these health issues.

As with all large, deep-chested dogs, Boerboels are prone to bloat, a fatal condition in which the stomach twists and fills up with gas. To prevent bloat, do not allow your dog to exercise 30 minutes before or after a meal. Rapid eating may also contribute to bloat, so you may want to invest in a slow feeder bowl.

Know the symptoms of bloat: a distended stomach, unproductive retching, and pacing. A dog with bloat will be restless and may stretch in strange ways as they try to relieve the pressure in their abdomen. A rush to the emergency vet can save your dog’s life. Left untreated, bloat can kill your dog in about an hour.

Some owners are now choosing to have their dog’s stomach tacked to keep it from twisting. This is controversial because it is an expensive, invasive procedure that would be done on a healthy dog; you can ask your vet to help you decide if stomach tacking is a good choice for your dog. It is often done during other surgeries, like spaying. 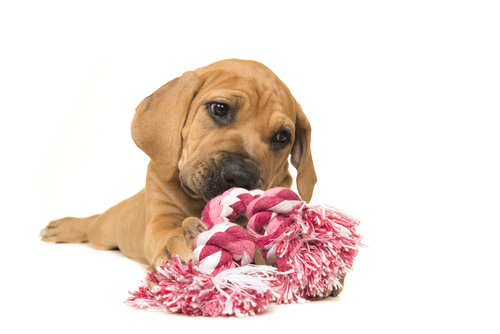 As with all dogs, the Boerboel responds well to positive reinforcement and communication-based training. Dominance-based dog training, in which handlers try to dominate the dog to discourage so-called “Alpha” behaviors, has been shown to increase aggression in numerous behavior studies.

Powerful dogs do not need heavy-handed training to put them in their place. Quite the contrary – force-based training methods can exacerbate behavior issues and lead to aggression, which can be fatal when your dog weighs up to 200 pounds.

Known as Velcro dogs by their owners, the Boerboel is affectionate and clingy, but can show aggression towards other dogs and people if not socialized early in life. With the help of an APDT certified dog trainer, a Boerboel can reach their full potential as an obedient, loving family dog.

A Boerboel has a short, double coat that sheds moderately. Little grooming is needed, some dogs are never bathed, while others can stand 1-2 baths per month.

Those facial folds and floppy ears can become a moist breeding ground for yeast, which can lead to skin inflammation, itching and ear infections. Food intolerances can exacerbate this issue. Keep those folds clean and dry to prevent bacteria and fungi overgrowth.

Long nails that touch the floor can cause poor posture, as your dog must shift their body weight to the pads of their paws to avoid pressing their nails into the ground. Your Boerboel’s nails should produce little to no clicking sounds when they walk on your hardwood or tile floors. Trim early and often to prevent fear-based aggression during grooming sessions. A muzzle can make sense for the safety of both you and your dog, even if they’re not typically aggressive.

Most clippers and even the pet Dremel cannot handle the large, thick nails of a Boerboel. For large dogs, many owners use the Dremel 8050-N/18 because it is more powerful than the Pet Dremel, has a built-in light, and unlike other models, it has a charging base rather than a bulky power cord.

Who Should NOT Have A Boerboel?

Breed restriction laws affect Boerboels in many countries. In some jurisdictions, the dogs can only be out in public if wearing a muzzle, and you may be required to have civil liability insurance. Even in areas where there are no breed restriction laws, you may have trouble renting a house or apartment if the landlord opts to ban “bully breeds,” or any breed that their insurance company considers to be dangerous.

Remember, these laws and restrictions are rarely written with the help of dog behavior experts. They are created to prevent liability, and with the mind that some dog owners will not train their dog and keep it under control.

Even the perfectly behaved Boerboel should be kept in a fenced-in yard and wear a leash when they’re out and about. They should spend most of their time indoors. Like all dogs, they thrive when they’re close to their family most of the time, not left out in a yard or chained up.

The Boerboel is not for first-time owners. They’re best kept by experienced dog owners who are willing to work with professional trainers and spend extra time socializing and training their dog to adapt to a home environment. Just a few generations ago, your dog was fighting off lions; they still need a job, even if that means accompanying you on long walks or hikes.

Do you have a Boerboel? Tell us about your dog in the comments or share your best photos on the ilovepets.co Facebook Page! Or tag us on Instagram @ilovepets.co 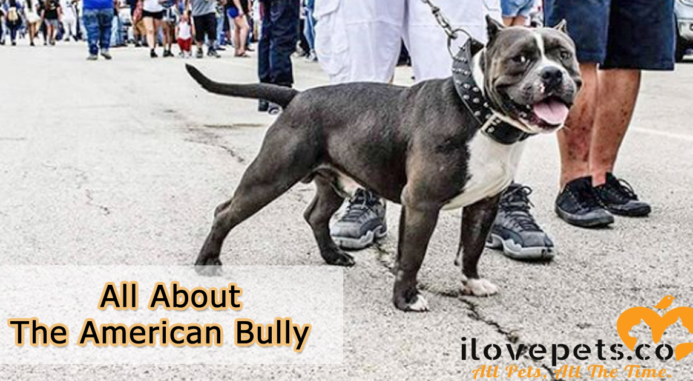 The American Bully is one of the newest and fastest growing dog breeds in the world. You may have started to see these dogs at your local park or on social media. When you see one, you’ll do a double-take – these dogs make a powerful impression on everyone they meet, not only with their… END_OF_DOCUMENT_TOKEN_TO_BE_REPLACED 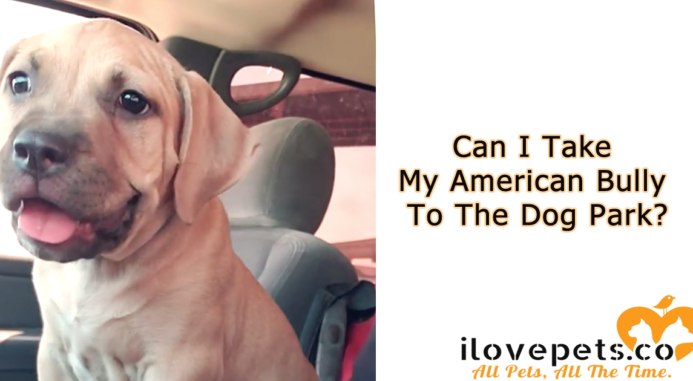 Your American Bully loves to play at home with their family – wouldn’t the dog park be a great place for them to run off some steam?  The answer isn’t a simple yes or no – you’ll need to decide carefully based on a few factors. Dog Parks Aren’t For Everyone Some vets and trainers… END_OF_DOCUMENT_TOKEN_TO_BE_REPLACED 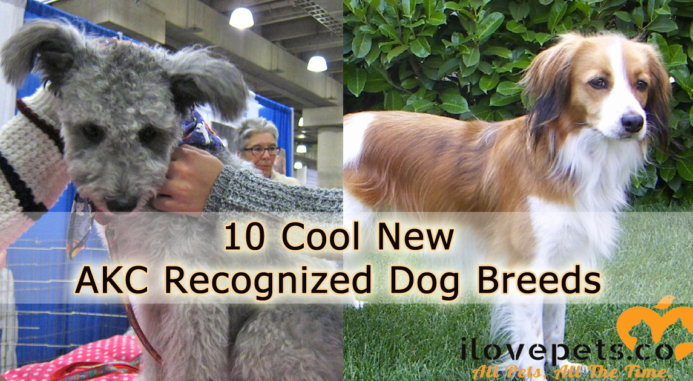 The American Kennel Club recognizes over 200 breeds, which can participate in events like conformation shows, agility, earth-dog trials, and obedience trials. In the past decade, a handful of “new” dog breeds have been added to the registry. These are not necessarily brand-new dog breeds, but rare breeds that had to demonstrate enough interest before… END_OF_DOCUMENT_TOKEN_TO_BE_REPLACED 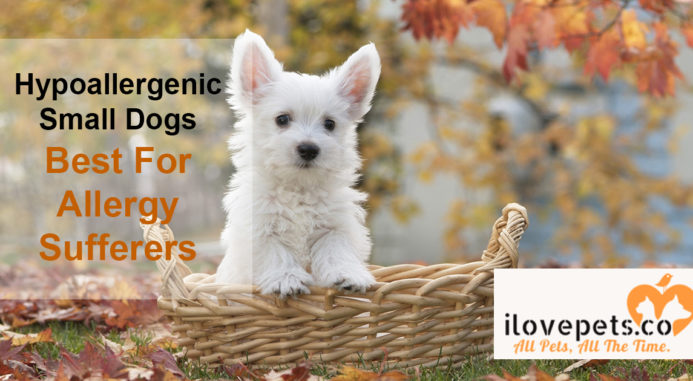 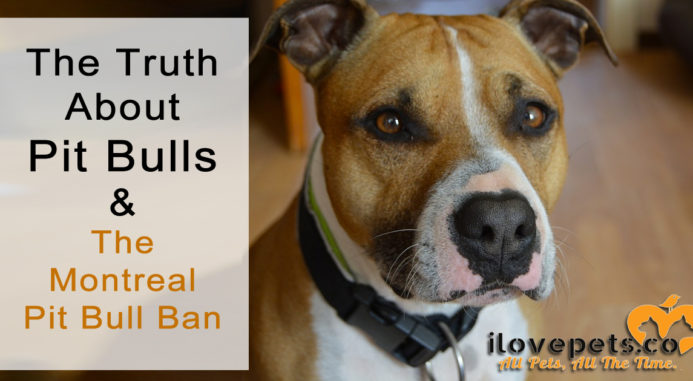 With the lives of millions of dogs on the line, it’s critical for dog lovers to understand what is the truth about pit bulls. Those in support of breed bans are concerned about safety, and are, understandably, worried about the real dangers of large, powerful, out-of-control dogs. But much of the information shared by both sides… END_OF_DOCUMENT_TOKEN_TO_BE_REPLACED 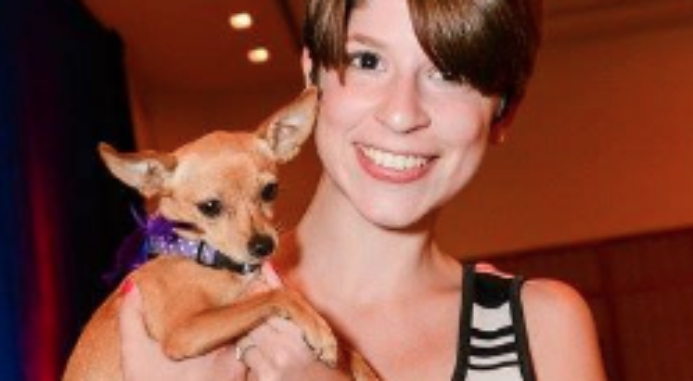 Nowadays majority of people are interested in owning smaller dog breeds. As per the American kennel club, more and more smaller dogs are registered each year than any other dog breeds. This trend is increasing rapidly everyday and is quite the reverse of what we had couple of decades ago. (When medium and large dog… END_OF_DOCUMENT_TOKEN_TO_BE_REPLACED 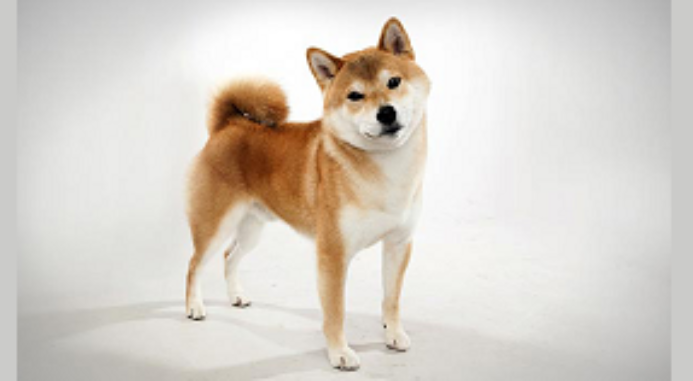 Dogs make us forget our worries, bring joy in our lives and the best part is, we get a caring friend! They never make us feel alone. As we all know that there are so many beautiful and intelligent dog breeds, it becomes hard to choose which one of them you should really keep as… END_OF_DOCUMENT_TOKEN_TO_BE_REPLACED 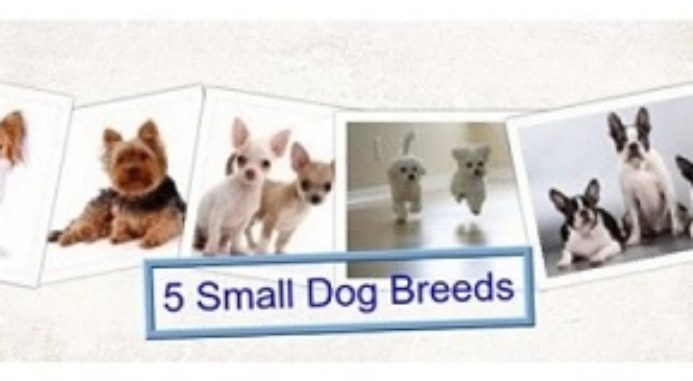 Are you a fan of small dogs? Being small has its advantages. Some of the major advantages are without a doubt; easy to take care of, don’t need much space, live longer and can travel with you where ever you go. Those are some of the reasons why, nowadays, more small dogs are being kept as… END_OF_DOCUMENT_TOKEN_TO_BE_REPLACED 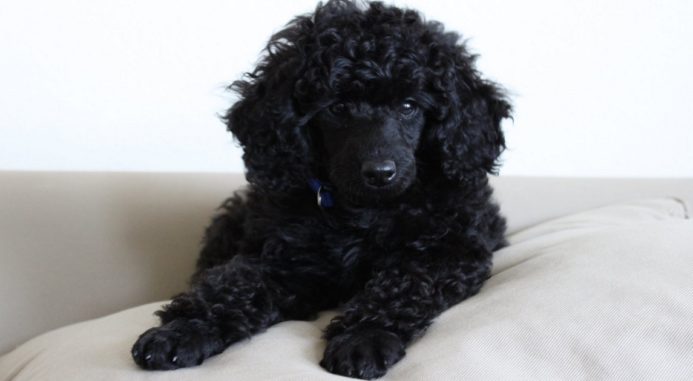 The cotton candy beauty of this dog is associated with the Parisian décor. Recently the French origin of the breed has been contested by the international community. It is now suggested the breed has a Germanic origin. No matter the breed’s country of origin; dogs similar to the Poodle can be seen on the roman… END_OF_DOCUMENT_TOKEN_TO_BE_REPLACED 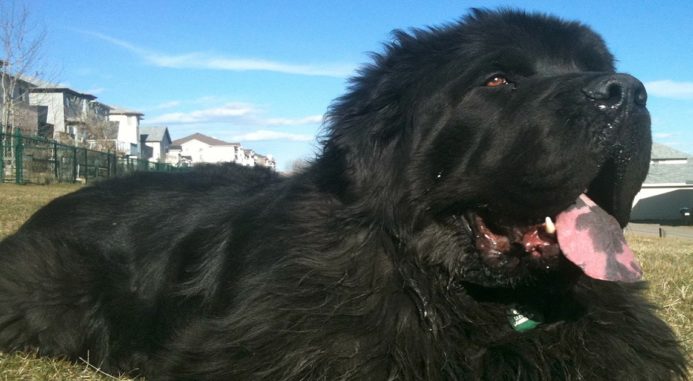 The history of this breed is not clear; as the origin is not fully known but several theories have been popularized. It is believed the breed either originates in the Pyrenean Mountain Dog brought by the French fisherman or the origin of the breed is much older, and their ancestors are the dogs brought by… END_OF_DOCUMENT_TOKEN_TO_BE_REPLACED 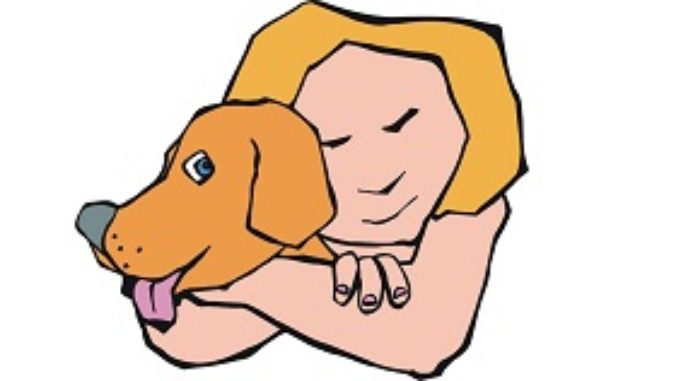 Dogs are the most popular pet in the world. They are not only highly social and intelligent but also very loyal and devoted. Dogs <Canis familiaris> are exceptional as pets. First domesticated from gray wolves at least 17,000 years ago, their history dates back to about 150,000 years based on DNA evidence and genetic fossil… END_OF_DOCUMENT_TOKEN_TO_BE_REPLACED