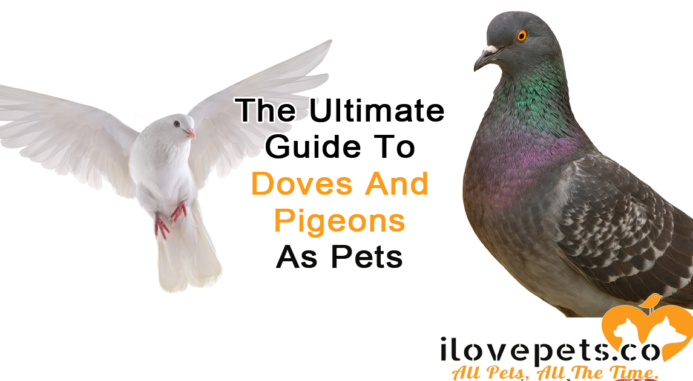 You’ve seen them released at weddings and funerals, in magic acts, in movies as they heralded encrypted messages during World Wars I and II, and you may have seen them bobbing about in your city, gobbling up the old French Fry.

Doves and pigeons are intelligent, curious birds. As pets, they’re affectionate and playful.

Curious about owning a pigeon or dove of your own? Here’s everything you need to know:

What’s The Difference Between Doves And Pigeons?

Doves and pigeons are members of the bird family, Columbidae.

There’s over 300 species of bird in the Columbidae family, some of which are described as pigeons, others, doves, while some species are called both interchangeably.

The now-extinct dodo bird is also part of the Columbidae bird family.

Pigeons and doves are stout with short necks. They eat berries and seeds, though feral pigeons are often seen roaming cities eating any scrap they can find.

Another unique fact about pigeons and doves: unlike most birds, they produce “milk” to feed their offspring.

During breeding season, the crop ( an organ located in the throat) of both males and females enlarges and produces a milky, nutritious fluid. Both males and females raise offspring. To feed their babies, they regurgitate this crop milk into their chicks’ mouths. A young pigeon or dove is called a squab, and it lives in the nest for 1-4 weeks.

Contrary to popular belief, a dove is not simply a white pigeon. Both pigeons and doves come in different colors. 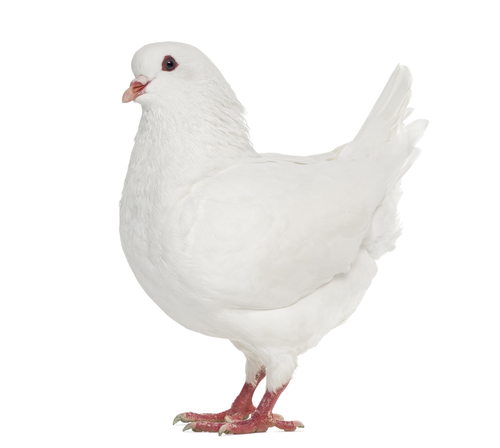 King Pigeons are actually commonly bred as food. Their young are taken from their parents, slaughtered before 4 weeks of age. They’re bred to be large to produce a lot of meat. However, King pigeons are also kept as pets. 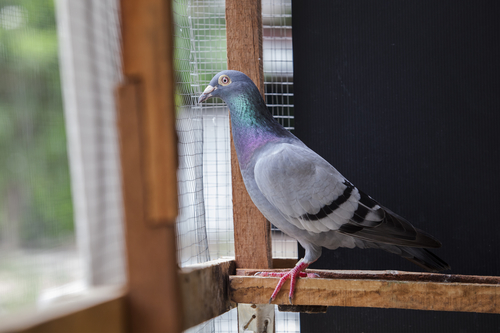 Homer Pigeons are bred for their instinct to find their way home over up to 500 miles. They were used in World War I and II to deliver messages. They can only be used for one-way communication. In the war, they were transported to battlegrounds, then fitted with a message and released back to the base with a message in a capsule tied around their foot.

In marriage and funeral ceremonies, white homer pigeons are typically used, even if the service is advertised as a “dove release ceremony service.” These pigeons usually find their way home when released, and are likely to survive in the wild if they don’t make it home because they are closely related to feral rock pigeons. 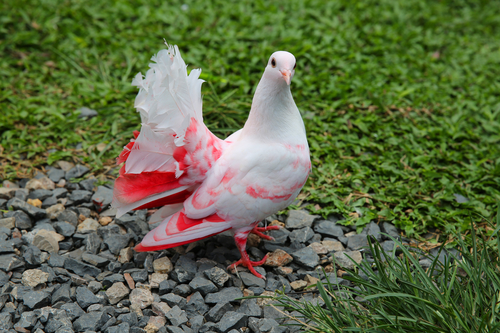 Fantail Pigeons have an extravagant plume of feathers, similar to a peacock. They’re bred for beauty and shown in conformation shows, much like dog shows.

Tumbler Pigeons are show pigeons bred for beauty and their ability to flip, roll and tumble in flight. This behavior was originally developed to avoid predators, but now it’s just for entertainment. 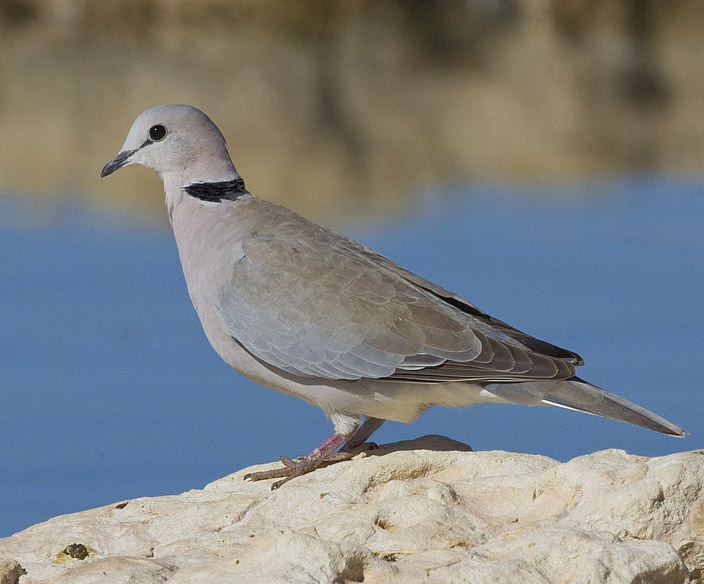 Ring-Necked Doves are the larger and hardier of the two popular pet dove species.They’re said to be easier to bond with. 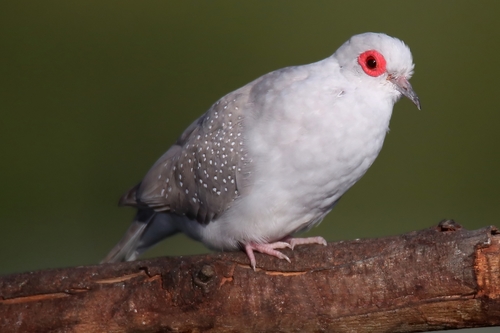 Diamond Doves are known for the diamond-shaped coloring around each eye. They’re much smaller than the ring-necked dove, about the size of a budgie bird. Though they take a little longer to bond, they do get very attached to their owner.

Living With A Pet Pigeon Or Dove

Pigeons and doves can fly and need large cages with mirrors and toys to keep them occupied during the day. They also need plenty of attention and time spent outside of the cage.

Birds can be potty-trained with some success, but there will be accidents. Their droppings are firm and easy to clean, especially on tile or hardwood floors. You can also fit your bird with a diaper.

When your bird is playing outside the cage, cover all mirrors and make sure windows are closed and fans are off.

Pigeons and doves coo and sing. Some even “laugh” as they play. Most owners find this soothing, but if you prefer a silent pet, you’d probably be better off with a fish.

Once bonded, many birds will sit on your shoulder, ask to be stroked, and even cuddle. The more time you spend with your bird, the more you’ll discover their unique personality.

Pigeons are intelligent and can be taught to “read” – or, at least, perform well on tests, identifying words from misspelled or non-words. Like all animals, they respond best to positive reinforcement training. Food rewards can be used along with clicker training to motivate them to perform tricks.

Have you ever had a pet dove or pigeon? Share your experience in the comments! 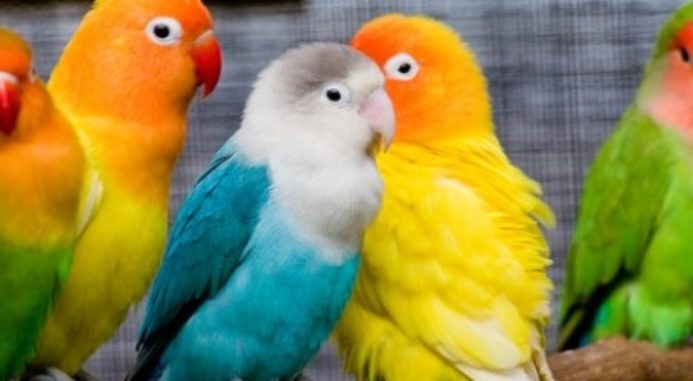 Birds are simply awesome as pets. They were first kept as pets for their beauty more than 4,000 years ago. Since then they have been synonymous with ‘the pets’ that can easily be accommodated, almost anywhere. If you love keeping birds or simply want to know about how to keep them as pets, you are definitely at the right place. In… END_OF_DOCUMENT_TOKEN_TO_BE_REPLACED

Recall of Purina, Del’s, Albers, Home Grown Poultry Feeds Due To Low Vitamin & Mineral Levels. [Recalls In Reverse Chronological Order] Company: Purina Animal Nutrition LLC Here are the products and lot numbers involved in the recall: Brands: The brands and product names are all listed in the above table. Recalled products: There are total of 11… END_OF_DOCUMENT_TOKEN_TO_BE_REPLACED