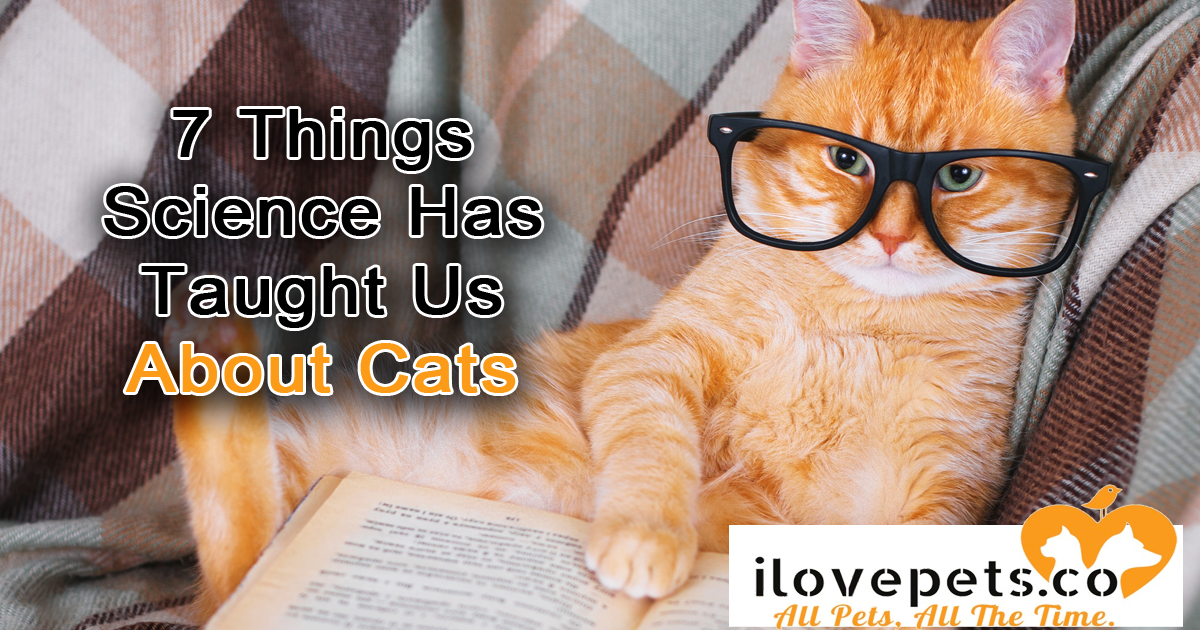 As they share our homes, cats give us a lot to think about. They’re full of quirks and interesting traits that make life interesting. Researchers can’t stop observing how cats interact with us and their environment. Here are some of the most interesting discoveries from the world of cat science:

Though many people think their cats are secretly plotting to kill them, the truth is that they are very social animals and love spending time with people. An Oregon State University Study showed that when given a choice between food, human interaction and toys, a majority of cats will choose human attention first, closely followed by food. Both shelter and pet cats were included in the study, and while they had individual preferences, most enjoyed ‘attention’ the most.

Cats seem to squeeze through impossibly tight spaces, make impressive jumps and move quickly and gracefully. Their super flexible spine makes this all possible. Their vertebrae – the spools-on-a-string-like bones in the back – are very flexibly connected and have especially elastic cushioning disks between them. That’s also why they can flip in midair and land on their paws when they fall from great heights.

#3: Cats are more likely to survive a fall from a tall building

When they fall, cats reflexively twist so they land on their feet, giving them a much better chance of surviving a drop from any height. Survival rates for cats actually increase when they fall from buildings taller than 7 stories. A short fall does not give the cat enough time to complete the twist. Cats have been documented to survive falls from buildings over 30 stories tall.

Move over, red wine. Petting a cat lowers your stress and blood pressure, and has been linked to overall increased cardiovascular health. Cat owners were shown to be less likely to have cardiovascular diseases with fewer incidences of heart attacks and strokes.

People who have cats early in life can prevent heart disease, while those who already have had high blood pressure, a heart attack or stroke can reduce the symptoms and severity of their condition by cuddling with a cat on a regular basis.

When you have a dog, you get used to cleaning up puddles of water around their water bowl. Dogs drink by slurping at the surface of the water, hopefully getting some of it into their mouth. When a cat drinks water, they use their tongue to actually create enough surface tension to bring a column of water up to their mouth.

#6: Cats create a secret language with their owners

Kittens of all feline species meow to communicate with their parents but rarely meow once they have grown. Not true for housecats, who continue to meow all of their lives to communicate with humans. Researchers recorded cats meowing in five different situations, then played back the recordings to people to decipher. Instead of forming a universal language that all humans could interpret, the cats learned to meow to get what they want from their owners. So, humans are most successful at understanding the intent of a meow if they’ve lived with or interacted with the cat.

While most laboratory animals can be researched and rewarded with the use of sweetened water, cats show no preference for sugar water over plain water. They may reach for sweet foods like strawberries or cookies, but they may only seek them out for texture, not flavor.

What’s your favorite cat fact? Share in the comments!

Can cats and dogs live together? The answer is y

This is 🐰Playboy🐰, an ‘aptly named’ Fren