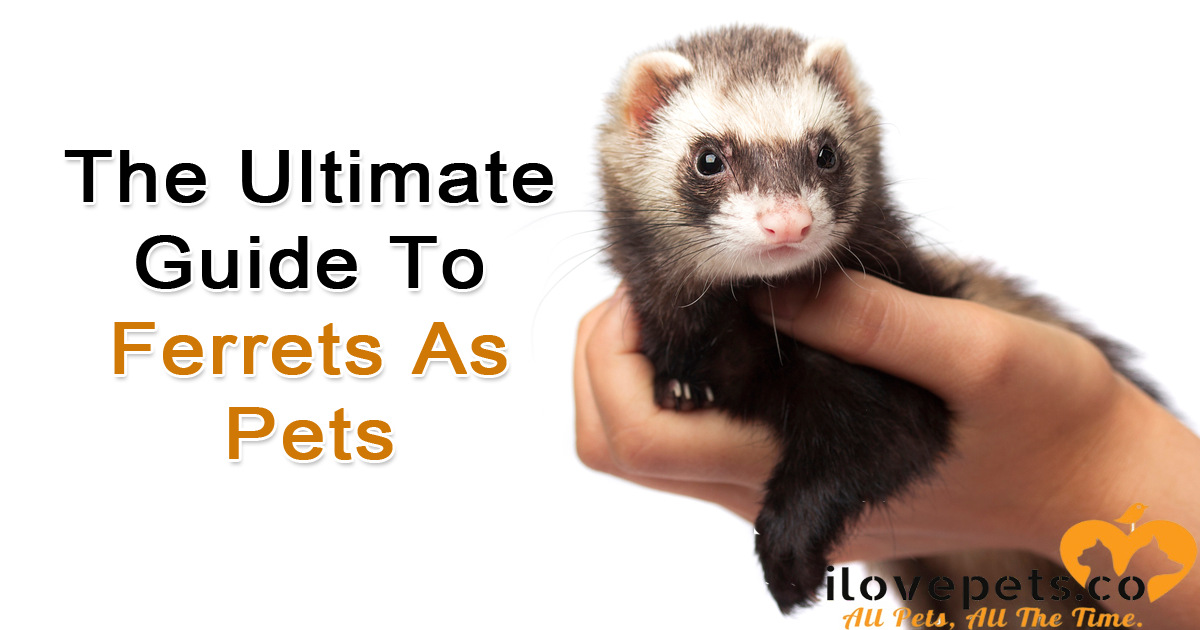 For some, ferrets are a love at first sight. Others fall in love when they meet a friend’s ferret or see one online or on television.

As a close relative to the weasel, they’re very different than traditional pets. While ferrets love to cuddle and play, they have a naughty side. They’re known to steal and hide small items. They’re small and flexible, making it possible for them to squeeze into tight spaces and get into mischief that a dog or cat never would.

An unspayed female ferret is a jill and a non-neutered male is a hob. A baby under a year old is called a kit. A group of ferrets is a business.

A spayed female is a sprite and a neutered male is a gib.

Dooking is a happy, chortling noise a ferret makes when they play or when they’re enjoying cuddles and attention from their humans.

The Weasel War Dance is the stiff legged, happy hopping your ferret will do when they’re feeling playful.

Unlike most small animals, ferrets need vaccinations and regular veterinary care. They can live 6-10 years and will need to see a vet for a wellness exam annually.

You can get your ferret from a large chain pet store, though they usually come from mills, and may be poorly bred and develop genetic health issues early in life. Pet store ferrets are typically not handled often and may have a bad temperament.

Small, local pet stores may have better ferrets raised in humane conditions. Otherwise, seek a reputable breeder by searching online or asking your veterinarian for a referral. Petfinder.com may also have rescues nearby with well-socialized animals.

Not all regions and living spaces are ferret-friendly. Check your local laws and ask your landlord before adding to your family!

Your ferret will need a cage for whenever they’re unsupervised. Ferrets are mischievous and will chew wires, steal socks and possibly get into danger if they roam freely in your home. Invest in the largest cage you can – a minimum of 2′ by 3′ for a single ferret, though multiple stories and more space will make for a happier pet.

should contain a sleep sack or hammock, soft bedding, chew toys, food bowl, a water bottle or bowl and a litter box. Ferrets are not as inclined to use litter as cats but can be trained to use them. They may have occasional accidents outside the cage, so be sure you’re equipped with Nature’s Miracle

You should take your pet out of the cage for at least 4 hours each day. Ferrets need to be held and played with each day from the time they’re a kit to socialize them and prevent aggression.

Ferrets sleep through the night, and most of the day, napping for up to 18 hours each day. They’re excellent for people who are not active enough for an energetic pet like a dog.

While ferrets may look somewhat like hamsters and guinea pigs, their diets are nothing alike.

Ferrets, like cats, are obligate carnivores. They need an extremely high protein diet with few carbs and sugars in order to thrive. You can find a high protein ferret food at most pet stores, but if you’re unable to find it, ferrets can also eat kitten food (not cat food). Supplement with Ferretone for a shiny coat.

Some ferret owners feed a diet comprised partly or entirely of fresh foods. A raw diet for ferrets may include frozen or live mice, rats, baby chicks and other creatures. Insects like crickets are also on the menu.

Like all animals, ferrets learn best with positive reinforcement. You can use bite-sized treats to teach your ferret tricks like “sit”, “roll over”. “high five”, and “fetch”.

Freeze-dried, 100% meat treats work best, as well as cooked chicken and meat. You can also dehydrate meat in a dehydrator or in your oven for affordable, delectable treats.

Other Uses For Ferrets

In England, and in some parts of the United States, people have used ferrets for ferret legging competitions. Ferret legging is the simple sport of placing live ferrets in one’s trousers, fastening a belt to prevent escape, and trying to endure the clawing and scratching for as long as possible. To make matters worse, wearing underwear was not allowed. Of course, we do not recommend this strange and inhumane activity!

Ferrets have also been used in England for laying electrical cables, and still, are used today by Virgin Media to expand its broadband service. They’re trained to navigate tunnels, wearing a vest embedded with a microchip to detect any damage to the underground system.

The British also use ferrets for hunting rabbits. Unlike hunting dogs, ferrets are slender enough to chase prey in their underground dens.

Now, most ferrets are loving pets with big personalities. They’re some of the cutest carnivores you’ll ever meet, and can get along beautifully with cats and dogs.

What has been your experience with ferrets? Do they make good pets? Share your thoughts in the comments!

4 thoughts on “The Ultimate Guide To Ferrets As Pets”

Leave a Reply to Which Small Pets Need To Be Kept In Pairs, And Which Are Best Housed Alone? Cancel reply