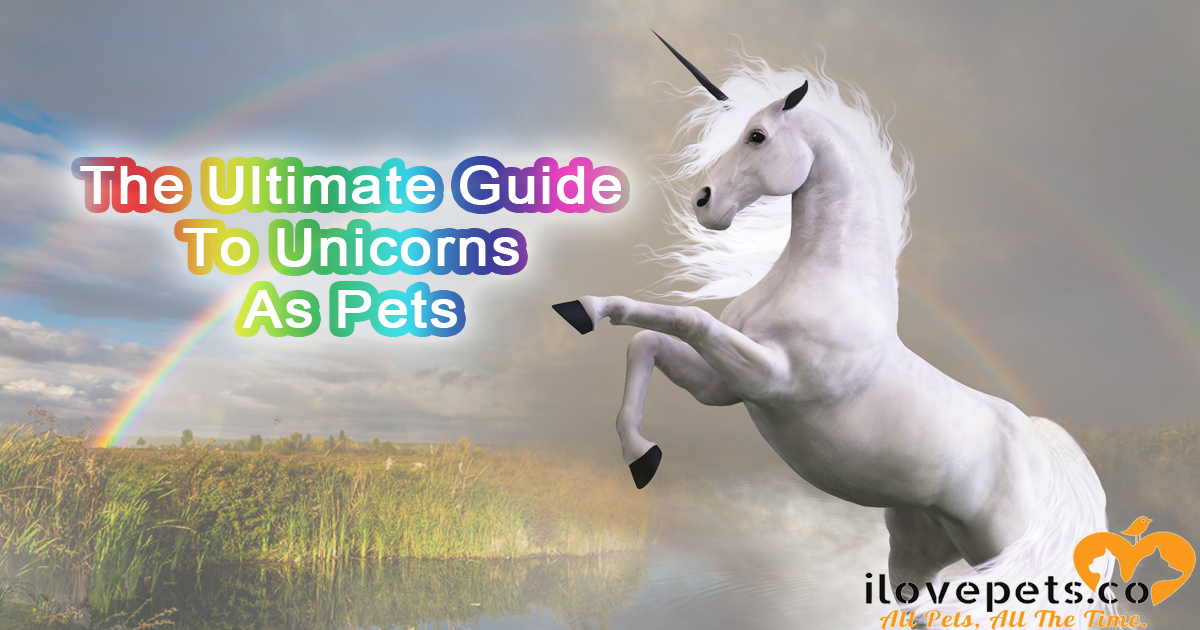 Everyone is inspired by unicorns, but just a few people ever make friends with one. If you feel a sudden rush of inspiration or love when you look at unicorn images and artwork, you might just be the right person to share a bond with a very special pet.

How To Get A Pet Unicorn

Unicorns are native to some parts of Europe and are still found in a few regions of India, though they can easily teleport to any part of the world if summoned.

Before you summon a unicorn, ensure that your intentions are pure. Unicorns appear to those who are pure of heart, and intend to admire their beauty without the intention to profit from, steal, capture or control them. While they’re generally distrustful of humans, they are fascinated by us. They can see a human’s potential to spread love and joy to others. They marvel as the scale of the impact humans have on the world around them, so they are attracted to those who are driven by compassion and dedicated to making a positive impact.

To summon a unicorn, use any colorful material to create a rainbow. You can use flowers, autumn leaves, paint, chalk, pieces of cloth – anything to create a colorful arch on the ground, a half-circle about 3 feet wide or larger.

Sit inside the arch with your eyes closed. Whisper your words of intention. Some good words to choose from are: love, joy, peace, strength, hope or bravery. You can choose several words to whisper as you visualize a bright, white light touching the top of your head, then lighting up every part of your body as it travels down to your toes. Repeat until you feel as though your spirit is lifted.

When you open your eyes, your unicorn will be there, resting their head in your lap. It’s important to stay very still as you stroke their mane and begin to bond with them.

Sometimes, this summoning does not work, but you’ll typically feel light and uplifted, as though your soul has been visited by a nearby unicorn. Since they’re rare, they go where they’re needed most, so it’s possible that the unicorn will only have an opportunity for a quick, yet powerful visit.

Many people seek a pet unicorn for their practical purposes; their horn can purify water and heal sickness, and hairs from their tail and mane can be used to make enchanted jewelry or to power magic wands, talismans and spells.

A unicorn has a very powerful aura. When you’re close to your pet, if you’re very sensitive, you may be able to feel it or even see it. Even if you can’t consciously sense the aura, everyone is affected by its purity. The more time you spend riding, grooming and talking to a unicorn, the more kind, resilient and pure of heart you’ll become.

Talking to your unicorn is a powerful way to bond with them, though they’re intuitive and always understand your heart’s deepest desires, fears, and intentions, spoken and unspoken. If you look deeply into your unicorn’s eyes, you’ll somehow understand just what they mean to say.

Each has its own unique personality, quirks, and talents. Some are healers, others bring good fortune, love or even intelligence. Most have a very goofy sense of humor, though, after a few centuries, they tend to become serious and comfortingly stoic.

Not everyone is able to see a unicorn. They’re masters of disguise. To some, your pet may appear as a normal horse or as an unoccupied space of air. Do not bother to convince non-believers; it’s always more worthwhile to expend your energy on spending time with your unicorn.

What To Feed A Unicorn

Unicorn-themed sweet treats and bakery goods may lead you to believe that unicorns live on a diet of cupcakes and jelly-beans. This couldn’t be further from the truth.

While those sweets are tasty for humans, unicorns typically crave fresh, pure ingredients. They graze on grass, but find hay too dry. They also like rolled oats and grains. Fruits like apples, strawberries and pineapples are a tasty treat for a unicorn, and best used for attracting and bonding with your new pet.

Unicorn feces look like colorful, odorless pellets, much like rabbit droppings only much larger and more vibrant. In recorded history, nobody has ever eaten unicorn poop to report on its effects.

Does A Pet Unicorn Need A Stable?

In the wild, unicorns typically sleep standing up, or in “cuddle puddles” with other unicorns.

Some will sleep in stables if they are well accommodated, though most unicorns enjoy being close to those they love the most. Many owners report their pets breaking down doors and windows to sleep in their bed. Though unicorns are known for being kind and pure of heart, they’re not gentle. They can actually be quite clumsy, even wild.

Don’t be surprised if your unicorn decides to come and go as it pleases. They typically go where they are needed. It’s impossible to truly “keep” a unicorn, as they will escape any restraint without any trouble. This is why they’re never kept in zoos or laboratories or circuses – it’s simply impossible. 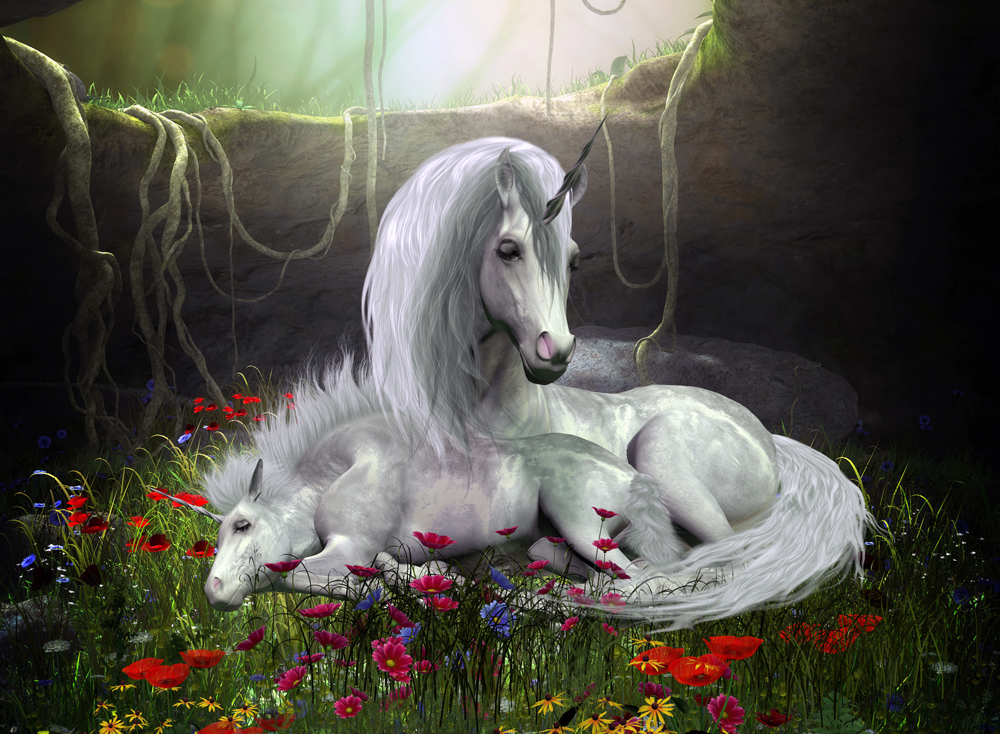 Where Do Baby Unicorns Come From?

Mares only ovulate once every 100 years, with a gestation period of 25 years. Stallions stay with the mare for the entire pregnancy and are attentive fathers for the first few years of the baby’s life.

A baby unicorn is old enough to be on its own after 50-60 years, and its mother will keep it hidden from humans until then. Adolescents are rowdy as their magical powers develop, creating erratic rainstorms until it learns to control its powers.

Health And Veterinary Care For Unicorns

Unicorns are immortal. Your pet unicorn will have had many owners before you and will have many more after your time spent on earth. Their bodily systems never shut down due to age or natural causes, and it takes no longer than a few hours for them to recover from any injury, without so much as a scar.

Unicorns possess biological immortality. This means that, though they do not age and they heal quickly, they can die from severe impact or if they are slain. It’s of utmost importance that you protect your unicorn from those who wish to drink its blood to harvest its horn. Some people believe that drinking a unicorn’s blood or removing its horn will grant them immortality and other powers, but this is not true.

What Happens When Unicorns Die?

Once in a while, you might come across misleading images of what seem to be unicorn remains or fossils. These are only manipulated images or a horse skeleton with a horn placed near the skull. Since unicorns rarely die, it’s not common to find their remains.

When unicorns do die, even their bones quickly begin to break down. It’s incredibly fascinating: their entire body withers so that all of its powers can return to nature. Their meat and bones are typically eaten by scavengers rather quickly, while their mane and tail hairs are carried off by birds for use in nests.

Lastly, their horn turns to dust and evaporates, forming a double rainbow that leads the unicorn’s spirit to eternal peace.

2 thoughts on “The Ultimate Guide To Unicorns As Pets”

Can cats and dogs live together? The answer is y

This is 🐰Playboy🐰, an ‘aptly named’ Fren