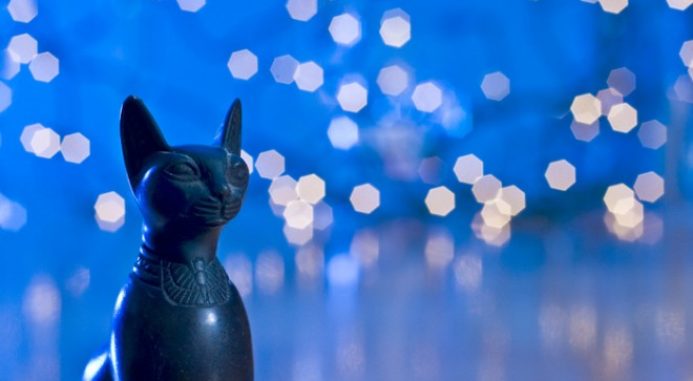 The primary theory is that ‘cats first started loving us for our mice’. It was the appetite for mice that started the taming of wild felines.

The grain stored by ancient farmers was a magnet for rodents like mice. Scientists believe that this abundance of critters really is what drew the wild cats into villages of ancient farmers.

Over hundred of years, they became adapted to seeing people and the village life hence becoming tamer around humans.

Well, this theory is the leading theory on domestication of wild cats – the ancestors of today’s house hold ones.

Here recently, scientists found fossil evidence – cat bones from a Chinese village from about 5, 300 years ago – that further backs up this theory about feline domestication.

Scientists and researchers believe that this domestication process actually started in the Middle East and not in China even though the evidence from China out-dates the one from the Middle East by about 1, 300 years.

Fiona Marshall, a researcher and author of the special report on feline fossil research first wrote about this in the Proceedings of the National Academy of Sciences. She mentioned that the feline bones from the Chinese village really backs up the idea that cats first took the pest control job for humans during that time.

Fiona was part of the research team that conducted the study focused on agricultural village in Northern China.

Although the grain storage vessels in the village during that time were designed to keep the critters out, it was not foolproof. The evidence shows that mice had burrowed into the vessels and had greatly threatened the grain supply.

This cat and mouse game that played out 5,300 years ago in a farming village in China is now strong enough evidence on how cats started loving us for the mice and how they transformed into the pet cats we adore so much nowadays.