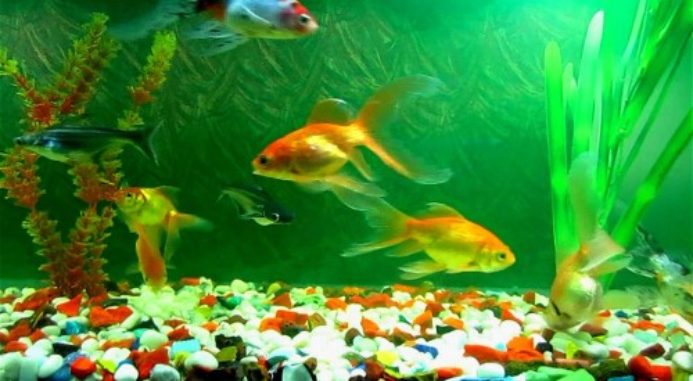 Ever had lice in your head? Only the people who had lice would know how irritating it is to deal with (and remove) them.

It takes time and effort to get rid of the awful lice from your head and same goes with the fish even though fish lice and human lice are completely different.

You may have heard or read that fish lice and leeches are quite uncommon infection among fish, but I personally don’t really think so. And what’s more, it is always best to prevent them in the first place rather than having to worry about the cure later on after the infection.

I am saying all this because I had my fair share of the trouble I had to go through. It all started the day when I found out that my pet goldfish had a lice infection.

I was just a newbie and little did I know about the fish disease. I could have made a few mistakes at the very beginning that made it end up in something unexpected. Yup! my fish died.

My first mistake could have been that I didn’t care about the quarantine method as I thought my fish were in good health.

The second mistake could have been that I had directly added the fish in the aquarium water and they got stressed because of the sudden change of the water temperature.

The third mistake could have been related to cleanliness. I admit; I was a little lazy. I used to change the water only when I thought that I absolutely had to.

And lastly I had no idea about using the test kit that measures the pH level of the water.

Basically, I don’t want you commit the same mistake and lose your adorable fish. I suspect now that it probably was the cleanliness factor why my fish died. But anyways, here is a little bit about the causes and symptoms of lice and leeches.

The main causes and symptoms

You should be able to judge the disease or the infection by the clear symptoms of the fish. The only thing you need to do is to keep a close watch on them.

Well, treatment is not that difficult, but should be done at the earliest stage of infection.

Did your fish ever suffer from lice and leeches? How did you treat them? Don’t forget to comment below. We would love to hear from you.