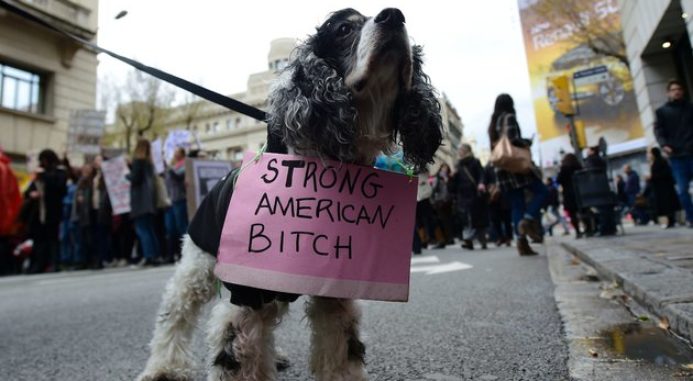 On January 21st and 22nd, it wasn’t just hundreds of thousands of women who marched during 2017 Women’s March on Washington, D.C. A good number of pets were also accompanying their human parents.

Dressed up in their cutest clothes and slogans, different pets – mostly dogs – came to march for women’s rights. The ones that really caught the world’s attention were some adorable pets who showed their support and solidarity for the cause.

Pets are down for anything that will put them in the history books, as long as it is for the right purpose. Here are some of our favorite ones that participated:

John Kerry with his cute pup:

LOOK AT THESE GOOD BOYS pic.twitter.com/kGArlLU0XJ

This dog knows what’s up (:

This one knows the meaning of consent:

This boy dog is a feminist, I’m told. #WomensMarch pic.twitter.com/OXKsZwMOj7

And how about this one…

This adorable dog is protesting for sure:

Even the dogs here are protesting #WomensMarchOnWashington #WomensMarch @CCChronicle pic.twitter.com/cB6axiSMp9

Charming, supportive furballs like these, and other participants, made sure that this was indeed a very peaceful protest. This non-violent protest united a lot of women and men not only in the United States but all across the world.

We sure hope to see pets and parents, across the world, in more peaceful protests like this one. Spread the word by sharing this article on your favorite social media outlets: