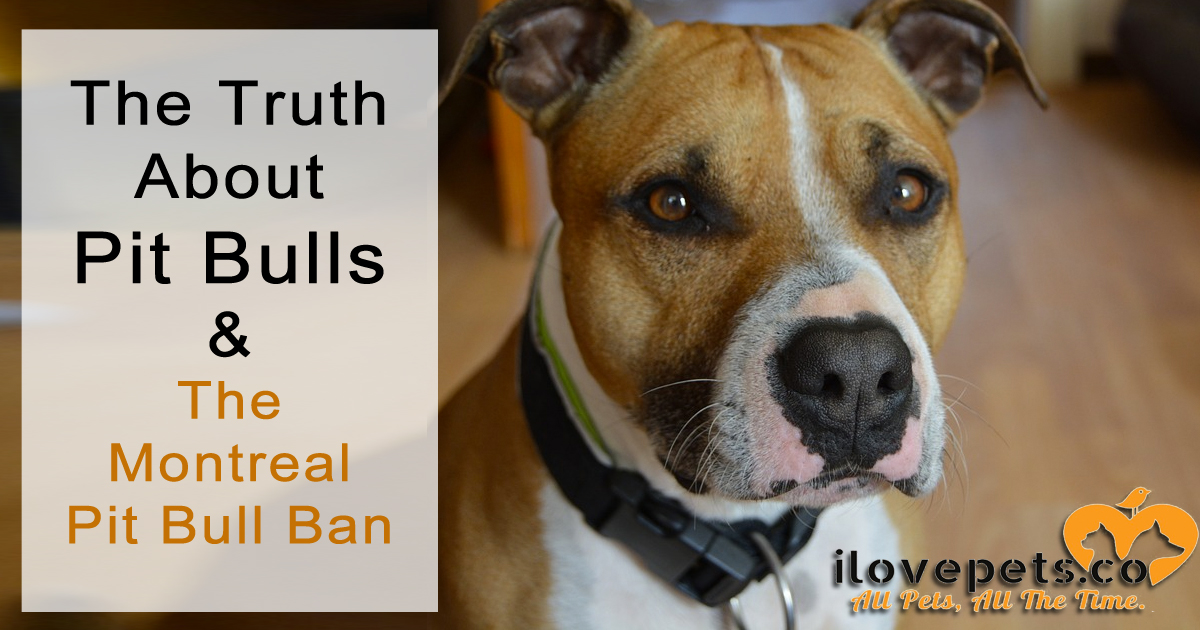 With the lives of millions of dogs on the line, it’s critical for dog lovers to understand what is the truth about pit bulls.

Those in support of breed bans are concerned about safety, and are, understandably, worried about the real dangers of large, powerful, out-of-control dogs.

But much of the information shared by both sides is misleading, sometimes outright false. It’s true that there’s been too many dog attacks, and something needs to be done about it. But it’s not true that thousands of dogs need to die in order for the public to be safe.

Here’s what you need to know about pit bulls – and what’s likely to happen as the Montreal pit bull ban takes effect.

Dog attack and fatality statistics show that pit bulls are involved in a disproportionate number of cases. Many of these attacks are against children, by dogs owned by friends and family members. Victims of pit bull attacks are five times more likely to require surgery than attacks from other types of dogs.

However, statistics can be misleading. Many dogs are misidentified as pit bulls, and many attacks go unreported. Data can be skewed by researchers who are setting out to prove a point, rather than educate the public.

Pit bulls certainly do not have any special jaw locking mechanism, nor is their bite any more forceful than a dog of a similar size. Many are bred for illegal dog fighting, but this increases the chances that they will be aggressive towards dogs and other animals, not humans.

Most dogs avoid confrontation whenever possible. They do not typically seek out humans to attack at random.

Children are vulnerable to dog attacks because they do not recognize a dog’s body language. They do not realize that dogs are not always comfortable with hugs and kisses. Kids pull a dog’s ears and tail, trip over them, play near food bowls and make lots of noise. Even a trusted family dog can become very fearful, even aggressive around children. Dogs are animals; not babysitters.

Confrontational dog training has been shown to make dogs aggressive. Many people believe that large, powerful dogs need force to be tamed. So, it’s possible that some pit bulls become aggressive as a response to training that relies on fear, intimidation and pain.

Dogs who have not been socialized as puppies are more fearful around people. Many pit bulls are chained or confined in their backyards. A lifetime of stress and solitude can lead to aggression towards strangers.

In news stories covering pit bull attacks, little is typically shared about the dog’s circumstances and upbringing. It’s not often clear how the dog was trained, if it received any training at all. Many report attacks as “unprovoked,” but many people do not recognize a dog’s warning signs before an attack.

Pit bulls who have been socialized, trained and properly cared for have very different tales.

The best example would be the dogs recovered from football player Michael Vicks’s dogfighting operation.

After just a few months of rehabilitation, 22 of the rescued pit bulls recovered from fight-related injuries and found loving homes. A few passed their Canine Good Citizen test. Some live happily with children, other dogs and other animals.

One of the “Vicktory” dogs, Hector, became a certified therapy dog, visiting schools and nursing homes. A lifetime of abuse did not stop these dogs from making a full recovery and becoming gentle, friendly family dogs.

Montreal recently passed a new bylaw that essentially bans the ownership of pit bulls and other dogs deemed dangerous.

After October 3rd, nobody in Montreal is permitted to adopt a pit bull. Those living in shelters will be euthanized.

Owners of pit bulls will be required to undergo a criminal background check and purchase a $150 permit. Their dogs will have to be vaccinated, spayed or neutered and microchipped. The dogs will have to wear a muzzle and harness or halter in public.

This new bylaw is in response to a case in which a 55-year-old woman was mauled to death by a pit bull – that reports are now saying may have actually been a boxer.

The point of these new laws isn’t to destroy dogs or make the lives of pit bull owners more difficult. It was passed in hopes of reducing serious and fatal dog attacks.

But will it actually work? Only time will tell.

Toronto passed a similar law ten years ago, and pit bulls are now rare in the city – but cases of dog bites have actually increased.

These laws will demand a lot of resources in order to be enforced. Thousands of dogs without homes will be euthanized. Responsible dog owners may find it more difficult to properly socialize their dogs or provide veterinary care. Criminals may embrace the breed more than ever.

The intentions behind these laws are pure – to prevent dog bites. The result of these laws will be fatal at best, ineffectual at worst.

Want To Do Something About It?

Veterinarians are refusing to take part in the mass euthanization of healthy pit bulls in Montreal. Animal welfare organizations are speaking out against the laws.

If you’d like to help too, join thousands who have already signed an online petition to repeal Montreal’s pit bull ban. Tell all the dog lovers in your life to do the same.

LEAVE A COMMENT below to share your thoughts and experiences. We would love to hear from you!

Don’t forget to SHARE this article in your favorite social media outlets: