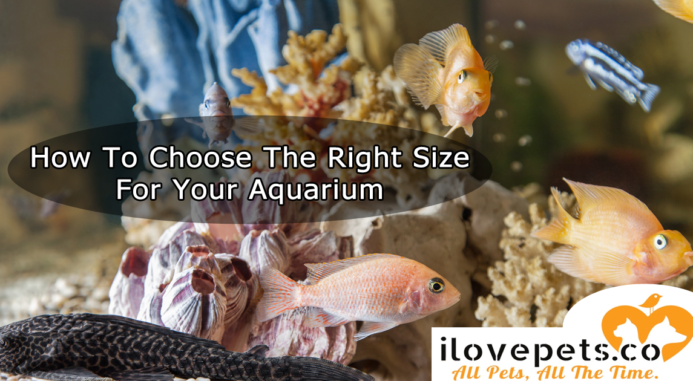 Are you ready to set up an aquarium in your home?

You may have already taken into consideration where you will put it, what it will look like, and how it will fit into your home. The aquarium is your fish or aquatic pet’s home – it’s their bedroom, bathroom and kitchen, all in one. That’s why aquatic or semi-aquatic creatures thrive in an aquarium that is adequately sized.

When fish and other underwater animals release wastes, it creates a build-up of ammonia in the tank. Fish can be poisoned by their own ammonia if the water is not changed often enough, or if the aquarium is so small that the ammonia builds up quickly. A filter will help keep ammonia at a minimum, as well as regular water replacement and tank cleaning.

Fish are very sensitive to temperature changes. A small tank or bowl will fluctuate in temperature. The bigger the tank, the easier it will be for the temperature to remain stable. A heater can also help.

If you are going to have more than one fish, you will need to have a tank that is large enough for them to spend time alone, without feeling cramped. Fish are more likely to fight in cramped tanks.

There’s no such thing as “too big” when it comes to fish tanks. You should, however, account for enough space to keep decorations and plants. Some fish become stressed if they live in an empty tank with no hiding places.

What Size Aquarium Does A Betta Fish Need?

You have seen Betta fish in pint-sized cups at pet stores. Don’t they look miserable? Though they can survive in small spaces, they are not thriving and would die if left there for too long. Betta fish will fight to the death if kept in the same tank with other fish, and most pet stores do not have adequate space to keep them in separate tanks, so the cups are the only, temporary option.

For one betta fish, consider getting a tank of at least 2.5 gallons. It should be filtered and have a heater because their water temperature should be stable at 75 to 80 degrees Fahrenheit.

What Size Aquarium Does A Guppy Need?

Guppies are small fish that grow to be just 2.5 inches in length, making them optimal for beginners and those with limited space. You only need a minimum of one gallon per fish, and most people keep more than one at a time. They’re not particularly sensitive to temperature, as long as it does not fluctuate too much, so you may be able to go without a heater.

What Size Aquarium Does A Goldfish Need?

On average, pet goldfish only live for 12 months, and rarely grow to be larger than a baseball. They can actually live up to 20 years when properly cared for, and can grow up to 20 inches in length. Most pet goldfish die when they’re just babies. Goldfish need at least 20 gallons per 1-2 fish.

What Size Aquarium Do Frogs, Turtles And Other Amphibians Need?

When it comes to other aquatic or semi-aquatic animals, your aquarium will need to be on the larger side. The general rule is ten gallons per inch of body length, and make sure to keep in mind that your animal will likely grow after you bring it home. You’ll need to do additional research as to whether your pet will need a dry section in the enclosure, a heat lamp, and other furnishings.

What CAN Live In My Fish Bowl?

You may have noticed that fish that are most commonly placed in bowls, like goldfish and bettas, do not actually thrive in them.

You can, however, house a whole population of brine shrimp in a small fishbowl. You may know these as “sea monkeys”. They’re fun to watch and extremely easy to care for. They don’t require a heater or filter. Some people even cultivate their own brine shrimps to feed their fish.

Snails are another low-maintenance pet that can thrive in a fishbowl.

Desert plants, like cactus and other succulents, can live in a fishbowl if the water is removed and the substrate is replaced with potting soil.

You can also grow aquatic plants in a fishbowl. A planted fishbowl can include snails or shrimp, which can feed on the plants, but may need an additional food source. A plant bowl looks just as stunning as a bowl full of fish, and it only requires occasional water changes.You’ll also be able to keep it guilt-free, knowing you won’t be keeping fish in an environment that is not biologically suitable for them. Happy aquarium-keeping! 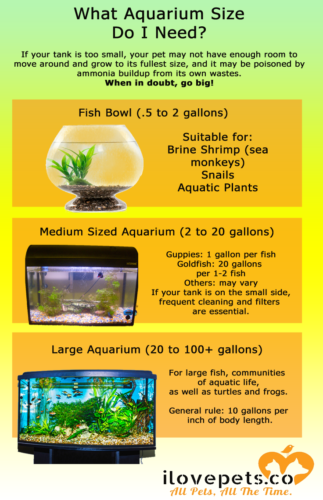