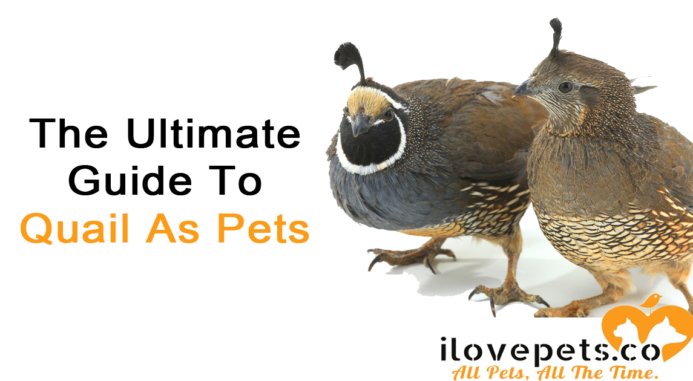 Quail are a hardy, versatile bird often raised for meat and eggs, especially in many Asian countries. However, their variety of bright colors and adorable, pear-shaped body make them hard to resist as pets. Their petite size makes them a great alternative to chickens for people who live in cities. They’re also fun to observe – a quail’s chirping is cheerful, yet not excessively noisy.

Here’s everything you need to know about raising quail as pets:

Are Quails Good Enough To Eat?

Some types of quail are raised for meat, but even the largest weigh in at just under a pound. Once prepared, they offer even less meat – and it takes 1-2 birds to make a decent meal for one person. So, while you can raise your pet quail for meat, it’ll take a lot of butchering, plucking and preparing just to make dinner. If you’re hoping to raise birds for meat, you’re better off raising chickens.

Your pet quails can, however, provide eggs daily once they reach just 6-10 weeks of age. It takes 5-6 large quail eggs to equal one chicken egg, but they taste very similar and are prepared in all of the same ways: scrambled, poached, boiled, and can even be used in baked goods. Many people who are intolerant of chicken eggs can eat quail eggs.

Quail eggs and meat are nutritious for both humans and your other pets, including cats, ferrets, rats and dogs.

What Kind Of Quail Should You Raise As Pets?

Female quail lay eggs, but males are more beautiful. It’s ideal to start with 3-4 females and one male if you’d like to fertilize and incubate some of your eggs. 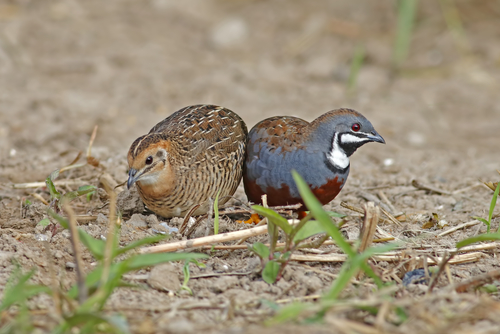 Button Quail (Chinese Painted Quail) are sometimes sold in pet stores. They’re not large enough to raise for meat, and their eggs are tiny, though edible. For the most part, Buttons are raised to be tamed and admired. 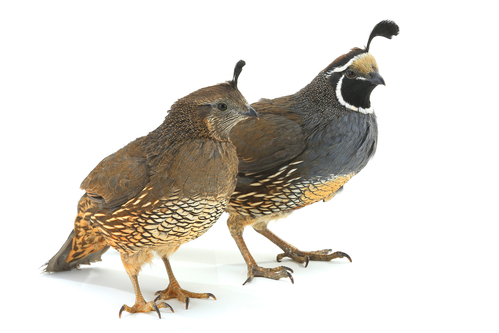 California Valley Quail are another small, ornamental species. Males are light blue with striped markings; both males and females have that distinct crown feather. 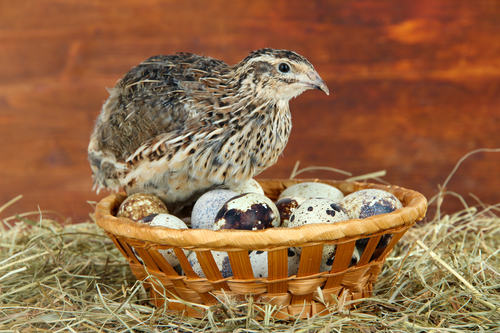 The most common type of quail that you could likely purchase from a local farm is the Coturnix Quail. These are large, dull brown in color, and weigh up to 1 pound at maturity, typically raised for their meat and eggs. 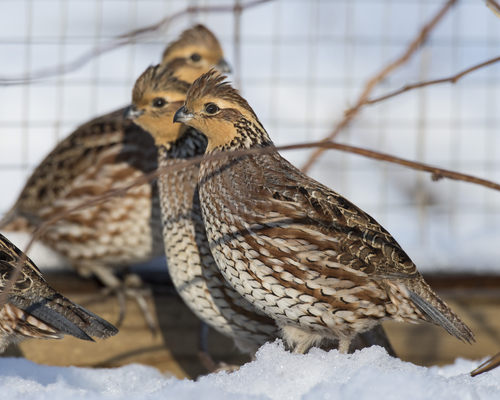 Northern Bobwhite Quail are very similar to Coturnix, large and raised for meat and eggs.

What To Feed Your Pet Quail

Quail need a high protein diet, most game bird foods or a Finch seed mix can make up the majority of their diet. You can top them off so there is always food available. They should also have access to dark, leafy greens like kale, spinach, and lettuce. When outdoors, they typically eat insects and worms. Mealworms and crickets are a good snack for indoor birds.

Fresh water should always be provided. You can leave water out in a bowl, change at least twice weekly, more often if it’s no longer clean.

Where To Keep Quail As Pets 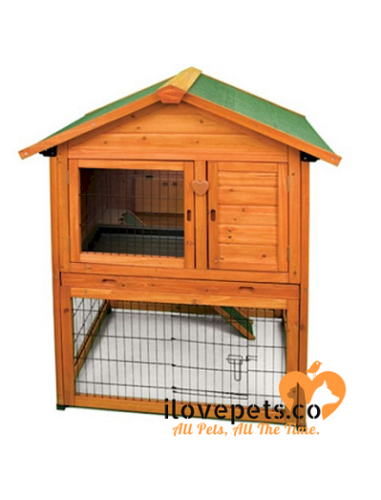 It’s not unusual for the small, ornamental quail to be kept indoors as pets. It’s not uncommon for them to be kept in large fish tanks, however, care must be taken that their living space is well-ventilated to prevent ammonia buildup, which can be harmful to both you and your pets.

An outdoor hutch, like this Premium Plus Rabbit Hutch, is a good choice for keeping more than a few quail. The small varieties can have hatchlings as tiny as bumblebees, so you may need to add fine mesh to prevent escape. Outside, your quail can catch bugs and enjoy the fresh air, but they’re also vulnerable to wild predators. Even rats can be a danger to your tiny birds.

Bonding With Your Pet Quail

Quail are not the most intelligent animals. Even so, if an animal can eat, it can be trained using food rewards. If you’re familiar with the concept of clicker training for dogs, you can try capturing your quail’s behavior in the same way. Here is a video of quail clicker training in action on the Epic QuailBlog YouTube Channel:

Like most birds, quail immediately bond with their mothers – or the first warm, sentient being they see upon hatching. This is called imprinting, and it’s crucial if you want to raise your bird to instinctively stay close to you, and even seek out your warmth and your company.

Have you ever raised quail? Share your experiences with us!