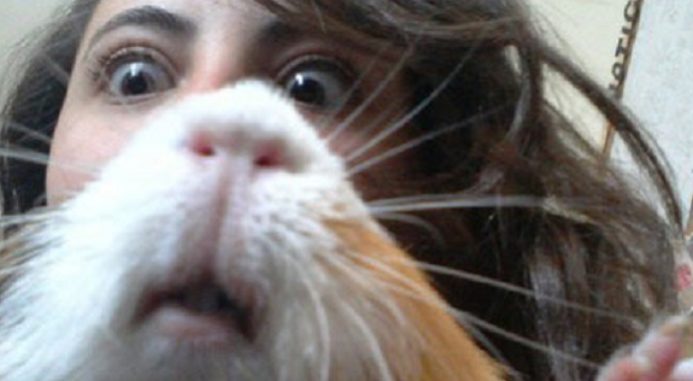 Ever since I was a little girl, I wanted a hamster. I thought they were really cute and from a small child’s perspective, they are.

They are tiny and for some reason, we humans are attracted to small creatures. However, my mother hated hamsters.

She hates anything that resembles a mouse and with good reason. We lived in an apartment once that was infested with mice so to get my mother to agree to buy me a hamster simply wasn’t an option.

Fast forward to my 20-something self when I moved out for the first time and one of my roommates’ brother happened to have a few hamsters he was giving away. Remembering how much I wanted a hamster when I was little, I was quick to accept the little critter, no questions asked.

Well, a few questions, like, is it a boy or girl? How many times a day do I feed him? How often do I clean his cage? Those sorts of questions, because I realized that even though I wanted a hamster, I didn’t know the first thing about taking care of one.

He gives me the boy, who turns out to be a girl and I find this out after I wake up one morning to find seven little babies suckling from her.

This was disappointing because I thought I was given a boy but as it turned out, the other hamster she shared a cage with was a boy and well, you know…

So, I checked on her and fed her every day, waiting for the little ones to grow. I couldn’t afford to keep them so I was planning on giving them to some friends as gifts. What I didn’t know was that the babies needed food, not just mom’s milk.

For most animals, the mother cares for her young. It’s what we do. I watched her nurse them but as the weeks went by, I started noticing them disappearing one by one.

At first I thought someone or something was stealing the babies. Then I thought they were just dying off because sometimes that happens in the animal kingdom. I even looked around the room for carcasses but never found one. I worked full time so a new baby would be missing by the time I got home from work.

Then there was one left and it was growing fast. It was finally starting to look like a real hamster. I thought; another week and I should be able to give it another home. I even had someone lined up to take the little fur ball.

That’s when it happened! The horror of horrors!

I was lying on my bed listening to my music when I looked up and saw it! My mother hamster was eating her baby! I was horrified! Beyond horrified! The worst part was I couldn’t even do anything.

The baby was already dead. I didn’t know what to do so I called one of my roommates in and they said, “didn’t you know you were supposed to take the baby out? Uh, no I didn’t know that!”

Apparently, my roommates knew more about caring for hamsters than I did but neglected to tell me that I needed to separate the mother from her babies sooner.

Up to this point, my experience with animal parental units had been limited to cats and dogs. Well, no, I knew about fish, goldfish in particular.

I had watched my grandmother put the babies in a separate fish tank as soon as they were born but I knew nothing about hamsters.

Now you’re probably thinking, “Why didn’t you just google it?” Well ladies and gents, google didn’t exist back then. The internet was still fairly new and I didn’t own a computer. I could have gone to the local pet store or called a veterinarian but I didn’t even think about it.

I realized that I was clearly not equipped to care for a hamster so I gave my hamster to the person who was supposed to get the baby.

But here is what I did find upon doing some ‘googling’ for this article:

“Hamster cannibalism is not uncommon. When a hamster gives birth, she may feel pushed to eat some or all of the new pups. This may be a response to lack of resources (like food, space, or protein), fear of a perceived threat, or some type of confusion.”

In the article it also said that first time moms, especially, may eat their young because they see them as a threat. When I think back, I knew something was off about her. She seemed pretty stressed, even though I tried to play with her. She wanted nothing to do with me.

So, the moral of the story is, if you’re going to get a hamster or any animal that you don’t know anything about, do your research first.

Talk to the experts at your local pet food supply stores, ask a veterinarian or do your research here at ilovepets.co

Leave comments below to share your thoughts and stories.