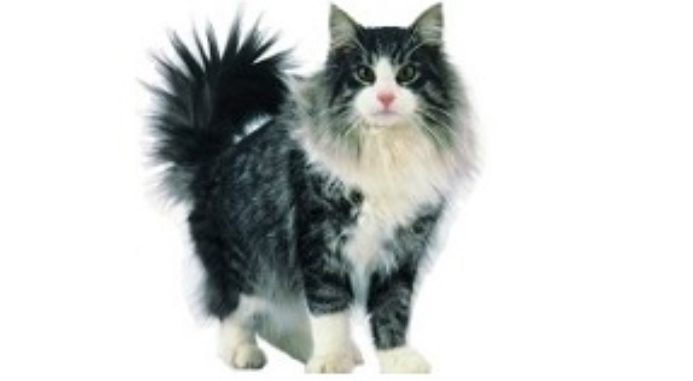 Cats <Felis catus> have socially adapted to humans over thousands of years to be one of the most popular and loyal pets.

Cats are very well-liked companions – with well over 600 million present in homes all around the world. With the population of more than 70 million, they are second only to dogs in the United States.

History of cats as pets goes back to about 12,000 years. It all started when the descendents of African wildcats were domesticated around the Fertile Crescent, in the Middle East, by humans who were starting to settle down and farm the land.

They were real helpful in hunting mice and other pests that plagued farm fields in the early human settlements. So helpful that human decided to keep them as pets. As humans gradually migrated and spread throughout the ancient world, the cats accompanied them.

Cats have been revered by ancient Egyptian, Japanese and Islamic cultures throughout time. However, having cats as pets hasn’t always been good for people. There have been lots of myths about cats being evil spirits during ancient Europe. They were associated with witchcraft and were killed. This increased the rat’s population drastically leading to the bubonic plague (a.k.a. Black Death) that nearly wiped out Europe’s population during the mid 1300s.

These days cats are companions to many families throughout the world. They are curious, playful, intelligent, and lovable as well as easy pets to own. Besides being fairly clean animals, they are easy to handle and do not need regular walks like dogs do.

They exercise themselves when they play. Cats do not get very big and do not need lots of space either. They like exploring, climbing, jumping, hiding in dark places and can even be trained to obey simple commands. Cats as pets live anywhere from 14 – 20 years and form a strong bond with their pet owners.

There are wide varieties of cat breeds that can be kept as pets. You probably already know about the mix breed cats which are the most common pet cats found today.

Besides them there are purebred that are well known for their great beauty, grace and consistent personality traits. Some of the famous purebreds are Persian, Siamese, Sphynx, Bengal, Russian Blue who are very active, inquisite, fun loving and intelligent.

There are some hybrids like Savannah and Ashera who are magnificent, elegant and pretty rare and may cost you a fortune – anywhere from 2,000 dollars to 125,000 dollars.

Cats are territorial animals. They need their own space. When cats feel threatened in their territory, especially when other cats come around, they will mark their territory by scratching, rubbing their fur and spraying urine.

Spayed females and neutered males are perfect to keep as pets. Females that are not spayed may be a hassle to you when they are in heat as they call for males with loud meow constantly and spray urine throughout your house. Males that are not neutered also spray urine all over the furniture, carpet and walls.

Cats are very active during mornings and evenings. During daytime they usually like to nap. They love to play with cat toys and balls of strings. They love to be petted and stroked. Unlike their wild counterparts the domesticated cats depend on you for food and water.

Consistent veterinary care is also required for cats. Cat food, cat litter, scoops and pans, scratching posts and cat toys, worm medicine, cat shampoo are some of the regular things you need if you want to keep them as pets. Yearly shots, test for worms is also very essential for a cat to be healthy.

Consider adopting adult cats over kittens. Adult cats have fully developed personality and could be less expensive compared to the kittens. Kittens might need several more trips to the vet for checkup, vaccinations, neutering and spaying. Kittens are very energetic and are more likely to destroy your furniture. Besides, kittens do not have their immune system fully developed until they are 14-16 weeks old and should not be separated from their mother.

Pet cats depend on you throughout their lives. They need all the love and support you can provide them so that you can have fun keeping cats as pets for years and years to come.

Please feel free to comment down below and share your thoughts or your own personal experience as a pet cat owner.

Don’t forget to SHARE this article on your favorite social media outlets: