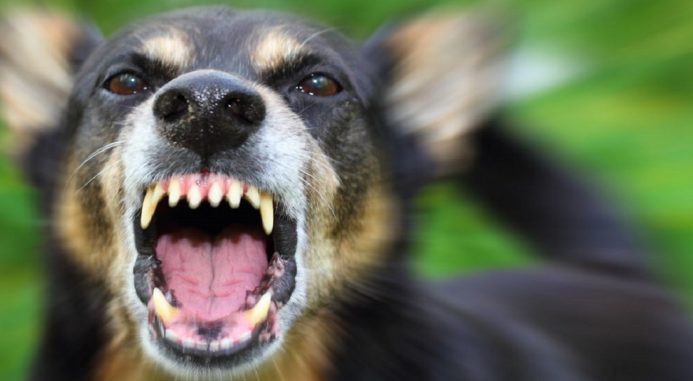 Dogs, like majority of other animals guide themselves using their intuition.

As they acquire enough information about the world/surroundings, they start shaping their reactions accordingly.

The most aggressive impulses are connected with the early life experiences or behaviors in all animals including puppies.

Their first puppy response to a stimulus is not a finished behavior. They are always in progress of learning about their surroundings.

Without much experience, puppies try to explore and gather as much information about the world as it is possible.

It starts from the beginning…

Puppies grab, bite, chew on, pull and drag. These are all normal behaviors. They act this way because this is the way they explore or get to know the world.

They are curious and impulsive and that is what makes them adorable and special.

Yes; they might be more curious about your new shoes than about their new toy, but that is part of your job to teach them what is allowed and what is not.

The goal here is to promote good behaviors and prevent bad behaviors.

A dog owner must understand even from very beginning that a dog needs to be cared for. They need attention. Just placing a food and water bowl in front of them isn’t enough.

You have to spend time with your dog to guide and teach – Spend time socializing and exposing it to other animals and humans.

Biting is an instinct for dogs. They have it in their genes. That is how they learn about things from the very beginning. Their mouth is more or less like our hands.

Various forms of aggression are also encountered during play. Puppies usually bite each other as an inherited way to play. This character prepares them for hunting as adults. Yes, our dogs aren’t wild animals but majority of them still have those wild instincts.

A lot of times these behavior continues in adulthood. And playing with other dogs or humans can become a little extreme which may result in biting, sometimes with serious consequences.

Dogs become aggressive when they are threatened or attacked.

Aggression is one of the main concern regarding dogs and a major apprehension for humans.

Most forms of aggression are originated in the dog’s frustration as it tries to increase the distance between itself and the noxious stimulus.

The aggression have many reasons. Fear and anxiety are definitely some of them. But learned behavior also plays a major role. They are influenced by life experiences and socialization, in most cases the lack of socialization.

Fear is another factor that can trigger aggressive behavior. Usually a frightened dog would decide to run to escape from the stimulus that is triggering the fear.

However when they find themselves frustrated and unable to escape the treat, they will become aggressive and bite.

The body has a fast way to discriminate and take fast decisions in limit situations. The “fight or flight” response is the generic name given to a fast acting neuroendocrine pathway in the brain.

In extreme situations, as the brain signals an imminent threat, a large amount of adrenaline aka the stress hormone is set free in the blood stream.

This starts a cascade of factors that help mobilize as many resources as possible for what it is to come. Easily aroused dogs, entering in the fight or flight mode will attack at the slightest sign of provocation.

Sometimes aggression is also triggered by medical conditions. A painful disorder can trigger aggression without any warnings.

Extremely painful injuries will make the dog react at any slightest movement or touch that will increase the pain.

Also, aging dogs can face cognitive dysfunctions. They may not even recognize their owners sometimes. In that situation they live in constant fear and disorientation that will cause behavior changes and aggression.

Here, I feel the need to add a few more ideas about medical diseases/ conditions that can alter the dog’s behavior and may compel a dog to bite;

In conclusion, Dogs can bite due to a long list of reasons as mentioned above. But, in most cases aggression can be prevented. This can be done by spending time with your dogs from the very beginning – playing, socializing and exposing them to new situations/surroundings to prevent the fear of unknown as an adult.