We all know how cute rabbits are. The way they twitch their noses; their long ears; their big hoppy feet; yes, they are adorable.

They are also pretty quiet animals. They don’t bark like dogs, waking the neighbors in the middle of the night because of some loud noise.

They don’t meow at all hours of the night like a cat because the cat decides he/she is hungry at 2am.

No, as pets go, rabbits are quiet and pretty easy-going.

Like every pet, rabbits need to be fed and their feces need to be cleaned up so to compare their basic needs to other pets isn’t the reason I don’t have rabbits in my home.

I haven’t had a rabbit since I was about five or six years old. As I mentioned in earlier posts, my great-grandmother had all sorts of pets, including rabbits.

She had gotten me a beautiful white rabbit with red eyes. I can’t remember her name though because our relationship was short lived.

I do remember that she was a girl and I was so proud to have my very own pet that I could take care of and was responsible for. I was living with my great-grandmother for the summer and I was so excited to be there. I was her favorite grandchild so she spoiled me. That year, she gave me a rabbit.

I really wanted a horse because I was a huge fan of The Lone Ranger and I was obsessed with Silver but my grandmother didn’t live on land big enough for a horse so she got me a rabbit instead (I settled for the toy version of Silver the horse).

For some reason, my great-grandmother thought that I liked Alice in Wonderland.

She kept telling me about Alice following the white rabbit down the rabbit hole but it was just a story she told me. At that point, I had never seen the Disney movie so I really didn’t know what she was talking about.

I was just glad to have my own pet that I could take care of. When I did finally see the movie a few years later, let’s just say, I’m not a fan.

Anyway, back to my rabbit. For the first few days, I listened to my great-grandmother as she taught me how to feed her, what to feed her, and how to clean her cage.

Twice a day, I was allowed to take her out of the cage to play with her. She didn’t do much though except run from me.

I was a little kid though. I’m sure to her; I was this scary giant person constantly wanting to pick her up.

Then one day, I watched my great-grandmother wash her two German Shepards.

I watched her bathe them outside with soap and water and a hose to rinse them off.

I asked her questions about the bathing process but I never asked her about bathing my rabbit.

I decided to be the responsible pet parent and bath my rabbit. I was really excited to do this because I felt so grown up and independent, taking care of my own pet in this way.

After all, my mother was a parent and she bathed me and my siblings to keep us clean so why wouldn’t I want to keep my rabbit clean.

We had a round tin tub outside that my great-grandmother filled up on hot summer days and let us kids splash around in it. It was perfect for bathing a small rabbit.

My great-grandmother was in the kitchen cooking and cleaning so I recruited my younger brother and sister to help me catch my rabbit, who was trying to escape after I let her out of her cage.

I filled up the tub and got some soap ready. Once we got her in the tub, I washed her down and rinsed her off.

After a while, she stopped fighting me. At first, I thought she was enjoying the bath but something inside me told me something different.

I don’t know what it was exactly but I remember looking at her red eyes and how still they were.

I’ll never forget those eyes. They were blank and that’s when it hit me that she was dead. I had killed my own pet.

I started crying and ran to get my great-grandmother, who beat me for having killed my rabbit. The whole thing was so traumatizing that I have never owned a rabbit since. 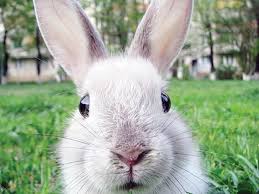 I know now how to take care of a rabbit but I had never killed anything before, or since actually.

Even now, as a responsible and aware adult, I can’t bring myself to own a rabbit but I also have forgiven myself for it. I was a little kid and unsupervised.

Let this be a lesson to parents to not leave your young children unattended with your pets.

Both of my boys have cats as their pets and because of my own bad experience with my rabbit, I have taken great care to teach them everything they need to know about the care of a pet.

Let’s all do our part in teaching our children this very valuable lesson.