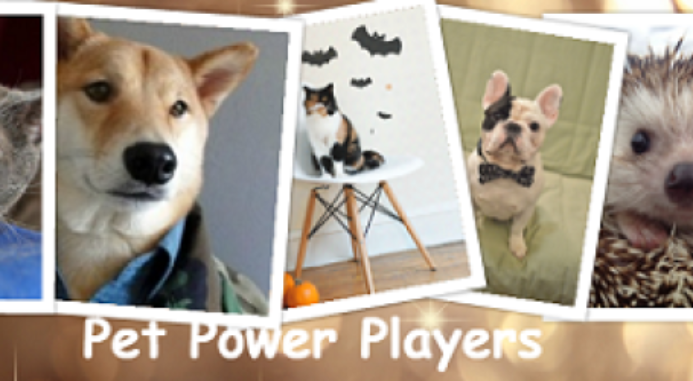 In this day and age of internet, having a social media presence and fans that follow you like crazy is not a big deal. Nowadays, everybody is on social media and everyone has fans, even pets. Yes you read that right!

Apparently there are some pet power players that are a total sensation in social media. 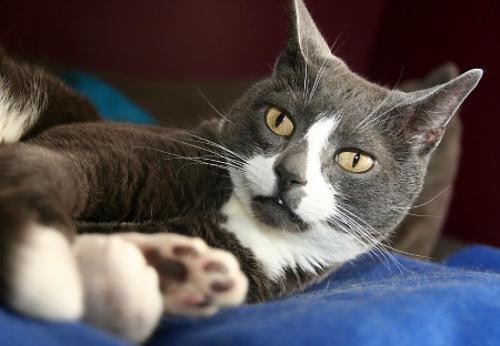 This tuna lover tops the list with 1.3 million + Twitter followers. As the story goes, Socks the cat (full name: Sockington) was first spotted by a person next to a T stop outside of Boston in 2004, where he was meowing and hoping someone or something would feed him.

When the person came back from work later in the day, Socks was still waiting by the entrance, still meowing.  He was scooped up and passed through a couple of homes before he was ultimately brought to Waltham (Massachusetts, United States), where he now lives a life of luxury, tuna and cat toys while occasionally destroying things precious to everyone else but himself.

Socks likes short runs in the hallway, inventing new cat beds and going absolutely insane at the slightest provocation or based on internal signals that may or may not be coming from Mars.

He also has the attention span of a weathervane. With the advent of the short-attention-span poster site twitter.com, Socks has finally found the home for his skittering, random thoughts.

What started out as a simple diary of the life of a cat has expanded to a veritable Army Of Socks (Socks Army to their friends) who now follow Socks by the thousands.

Check out some of his popular  webpages: 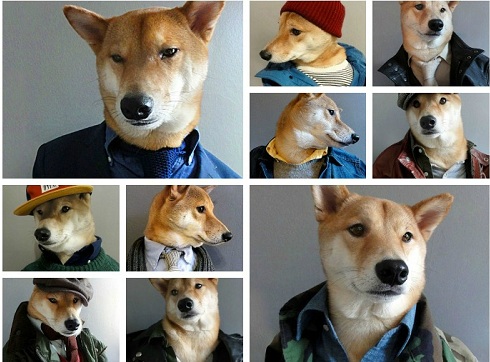 Bodhi aka ‘the canine king of style’ has more than 146,000 Instagram fans. He is a 5 year old shiba inu living in NYC with a penchant for all things style.

His interests include never washing his selvage denim, lurking around Soho for someone to notice his steez, and sniffing fine a$$ bitches.

Check out some of his popular webpages:

A cutie with a white moustache, Pudge has more than 350k facebook fans. She is an exotic Shorthair cat living in the Twin Cities – (Minneapolis, MN), USA.

She was born on July 5th, 2010 and other than the fact that Pudge has her own website, she’s just a normal cat.

Pudge has no health issues, birth defects or deformities. She’s a regular ol’ lazy cat that doesn’t like any cat treats, catnip, or cat toys.

According to her owner, she loves to go for car rides, chew on sticks, and even knows a few tricks.

Yes, Pudge is a girl. Don’t let her sweet mustache fool you into thinking otherwise.

Check out some of her popular webpages: 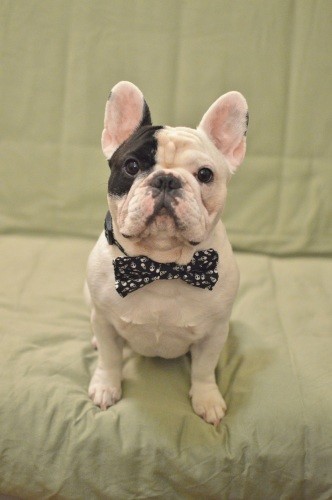 With plenty of magazine features, roles in ads, over 481k Facebook likes and more than 565, 000 Instagram followers, there is no doubt that Manny is the world’s most popular bulldog.

This Chicago based French bulldog has gone from overlooked to overnight sensation in the matter of months. Named after the famous Filipino boxer, Manny Pacquiao, he has kind of face that inspires (two) Buzzfeed listicles, White Sox fans, Audi promotions and even Martha Stewart.

Sometimes I like to go on my Facebook account and read all your nice comments. Then I eat more bacon. One time I slept in the sink and I was dreaming I owned a bacon factory. I continue to try and sleep as much as I can so I can keep dreaming of bacon.

Check out some of his popular webpages: 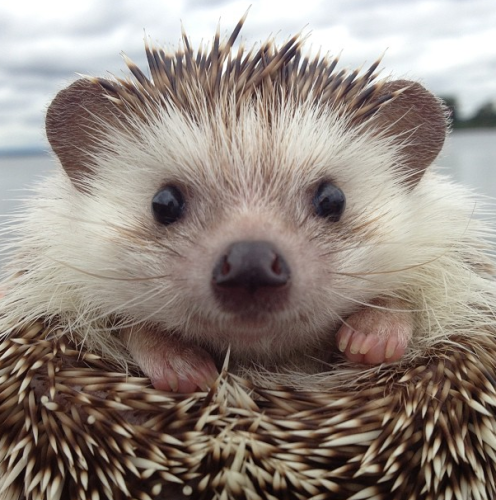 Biddy is a 3 year old African pygmy. He may look like just an average hedgehog to you but believe it or not he has more than 554k Instagram followers. Yup! that is a whooping five hundred and fifty four thousand followers.

Toni DeWeese and Tom Unterseher, Biddy’s two loving owners in Oregon, take him on adventures almost every week throughout the Pacific Northwest.

He visits mountains, forests, waterfalls, and the occasional donut shop. It is his travel photos in instagram that are becoming insanely popular by the hour.

His soring popularity has really even amazed his owners. “We thought we’d get, like, 500 followers,” DeWeese told The Oregonian. “We did go out a lot before, but now we feel like we have to every week because everyone’s expecting an adventure.”

Check out some of his popular web pages:

Are there any other pet power players that you know of? Be sure to share them in the comments below.

If you enjoy this article share it in your favorite social media outlets.