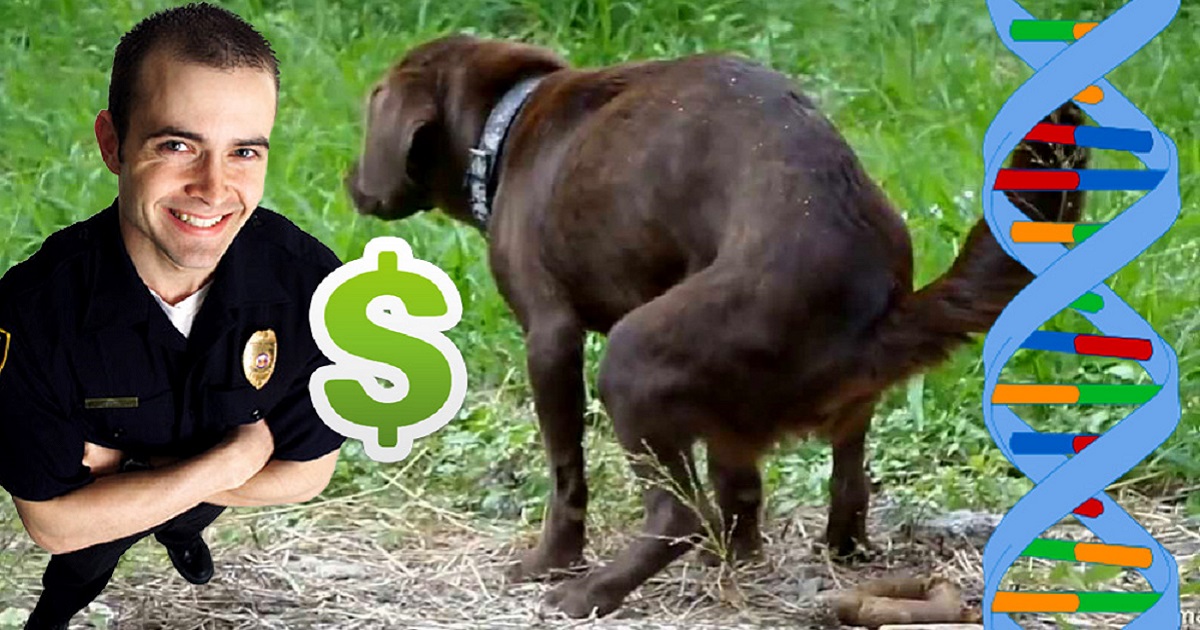 Warning to dog owners who don’t pick up what their pets leave behind: your dastardly deeds may not longer go undetected.

“It should reduce or eliminate dog waste on the property”, predicted Jennifer Okland, community manger at the Gates of Allen Station, the latest area complex to require DNA testing for dogs.

The results of the simple cheek swab will be kept in a database by a private lab. Any pet waste found on the property will be matched to its pooch. Owners fine ranging from $200 to $350.

The approach is being embraced by private dog parks, homeowners and condominium associations, RV parks and apartment complexes throughout the U.S. and Canada, according to PooPrints, a Tennessee-based company that has about 30 customers, mostly apartment complexes, in the Dallas area.

The company made a pitch to the Dallas City Council a couple of years ago to use DNA testing to find scofflaws who ignore the city’s poop-scooping regulations.

While the practice may be catching on, some have questioned whether it’s an extreme reaction to an annoying but relatively harmless problem.

“Heavy handed, dictatorial, silly, creepy, intrusive and expensive” stated a posting on the ohmidog! website in reaction to a Boulder council member’s suggestion to consider DNA testing for off-leash dogs.

But dog waste isn’t harmless, said Mike Stone, president of PooPrints Dallas. It attracts rodents and can carry 10 diseases, including E. Coli and salmonella, he said.

“I haven’t talked to an apartment manager who says it’s not working”, Stone said. “It’s a great deterrent.”

LaSalle Apartment Homes in Dallas started DNA testing a year ago. Since then, its pet waste problem has become a thing of the past.

“You can walk on the grass and you’re not stepping on anything” said Sacha Sturgeon, assistant manager. “We wanted to be a pet-friendly community, but we wanted to make sure it’s clean for everyone.”

At the Gates of Allen Station apartments, residents are required to bring their dogs in the testing by May 17 or risk losing their lease.

East test costs $40, but the nonrefundable fee will be taken out of the pet deposit paid by residents when they moved into the apartments.

On Wednesday morning, resident Andrea Bird brought her dog, Jasmine, to the office for the test. The 8-year-old beagle-sheltie mix wasn’t thrilled about having a long cotton swab stuck in her mouth.

“She is going to fight me,” said Bird, who persevered until she collected two soggy samples from Jasmine, who was rewarded with a dog biscuit for her trouble.

Bird, who has lived at the Allen apartment complex for 18 months, had never heard of DNA testing for canines until she got word of the new program. “It’s a good idea,” she said. “It will get people to do the right thing.”

“We expected a little push-back. But they would like the grounds to be kept clean,” leasing consultant Christine Lipple said.

“I don’t think it’s overkill. I think people like it. It creates responsibility for everyone that has a dog.”

Earlier today my daughter and I came across a beau

Did you know that the pug dog breed originated fro

This is Dexter, The Boerboel, A South African Farm

Here he is again; Mr. Wiggles showing off his vamp

YOU (Yes, You) Need To Stop Being So Adorable 🥰

This throwback pic gives me a happy and nostalgic